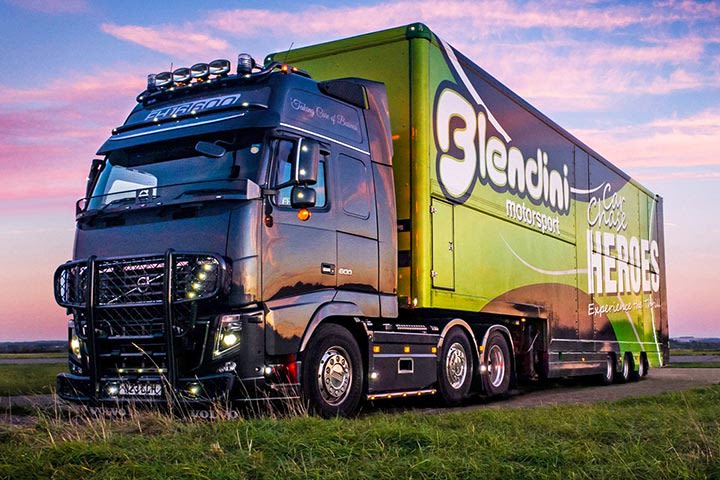 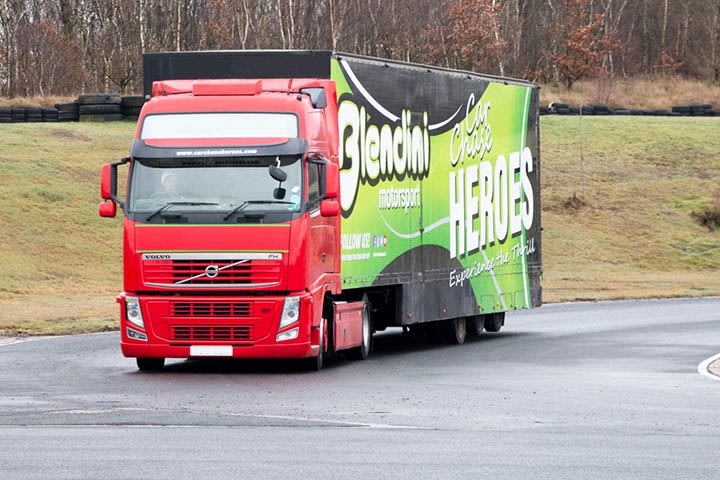 or 6 weekly interest free payments from £24.83 with

Feel the breath-taking brawn of a 45ft long, 480 break-horse-power monster of a vehicle with this incredible DAF XF Truck Driving experience.

Get to grips with the huge steering wheel as you sit, perched up high, inside the cab at the controls of this enormous piece of machinery and manoeuvre around a purpose-built course designed to get the most out of this unique driving experience.

After a quick briefing from a qualified HGV instructor, it’s time to put the truck through its paces and test its raw-power and acceleration through its 16 gears, as you weave through cones and learn how to reverse the colossal 45ft rig.

This is a fantastic and unordinary driving experience that will push your driving skills to the limit. Please note, there will be a £35 supplement fee if you choose to visit the Dunsfold venue.

The person driving the truck will be required to sign a disclaimer accepting liability in the event of damage to the vehicle. The driver will be given an option to purchase damage waiver cover when booking to minimise their financial exposure should there be an accident. Drivers are under no obligation to purchase this optional waiver. Full details are available at the time of booking.

This experience is available Monday to Friday, throughout the year.

You will typically spend 2-3 hours at the venue.

You are welcome to bring friends and family to watch you take to the track!

The minimum age for this experience is 17 years old.

You will be required to hold a full UK or European manual driving licence which must have been held for at least one year with no serious offences, this will need to be presented on the day.

As a daughter of a commercial fitter I’ve been around trucks since childhood however never actually driven one. I’d had my eye on this experience for a while and when asked to do it as a ‘Tried and Tested by Us’ I was so excited.

Booking my experience was simple and Car Chase Heroes confirmed my booking via email, providing all the information I needed for the day.

Friday morning I made the journey to Abingdon in Oxfordshire, taking more notice than usual of the HGVs around me on the M25. Arriving at the army barracks location I could see the truck out on the track along with Optimus Prime and the other supercars and movie cars in the distance. The event was a hive of activity, music playing over the PA system, the sound of engines roaring and names being announced to make their way to the pit areas for briefing.

I queued up to sign in and provide my proof of ID, the female team member was really friendly and was genuinely excited for me to be doing the Truck Driving Experience. I stood and watched for about 20 minutes as the supercars left the pits, while waiting for my name to be announced for my 1.30 slot.

My briefing started as we approached the vehicle and once I’d climbed up the three steps into the cab Paul my instructor talked me through the gears, mirrors and other features before it was seatbelt on and time to turn the rig around and head out onto the track.

Passing Optimus Prime we had time for a quick trucker’s sault on the air horns before turning right and taking on the slalom cones. Paul was great at explaining the sight lines and it was surprising how maneuverable the 45ft long trailer was. Amazingly all cones standing we headed further down the track to a cone roundabout, Paul again telling me where to focus my sight to ensure that I pull out far enough so that the trailer followed without clipping the cones (English layout, clockwise and European, anticlockwise!)

Next was the skill I’d been dreading, ‘Reversing around a Corner’ coordination don’t fail me now! Paul told me to line up the back of the trailer with a point in the distance and to keep an eye on the verge. If I wanted the trailer to go left, turn the steering wheel to the right and vice versa. On my second attempt I did it, with perfect distance from the verge. Apparently the best attempt for the day! (I think he was being generous).

Then it was back through the slalom and finishing off an amazing experience back at the pits. I’ve done driving days where you’re whizzing around at speed but in my opinion this was more fun and tested my driving skills, a great alternative for someone who has tried the rest.

Top Tip
Take a friend – there is a small fee (£5pp) but up to 2 people can ride in the cab with you. They can enjoy the experience with you and take pictures/video.