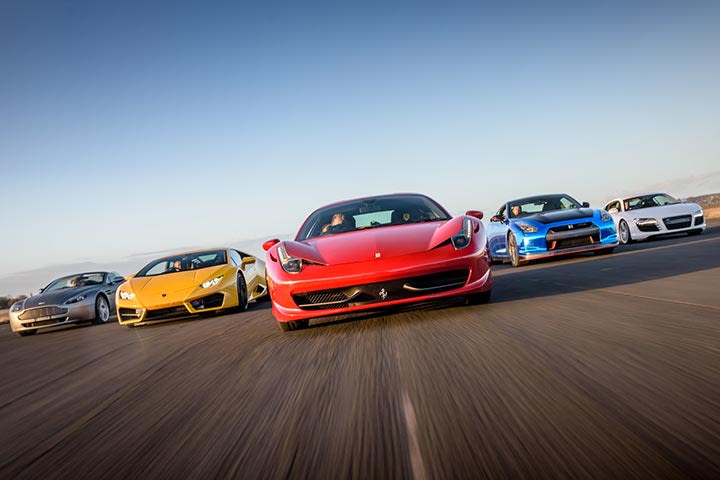 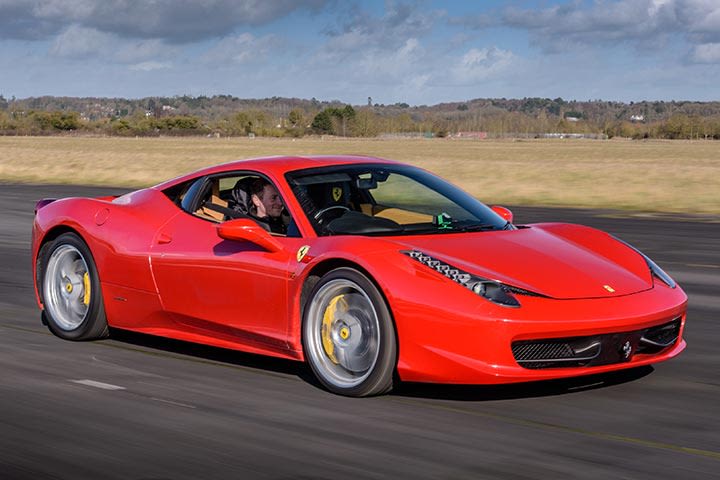 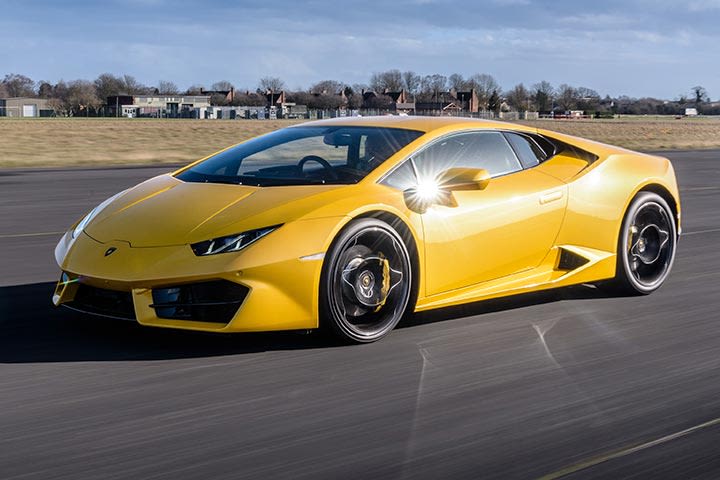 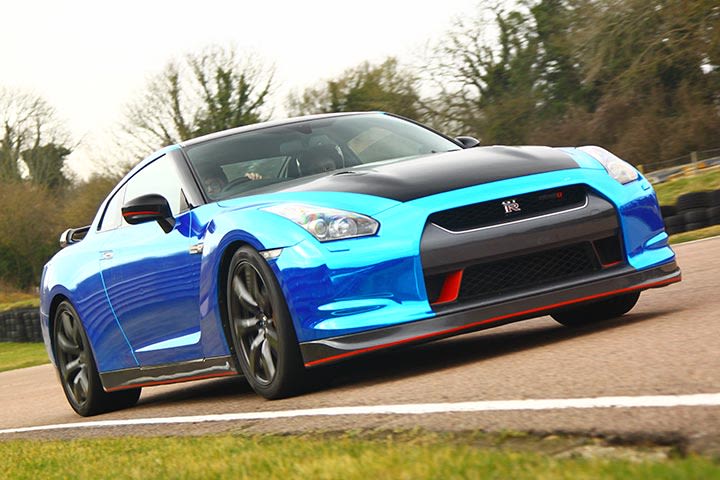 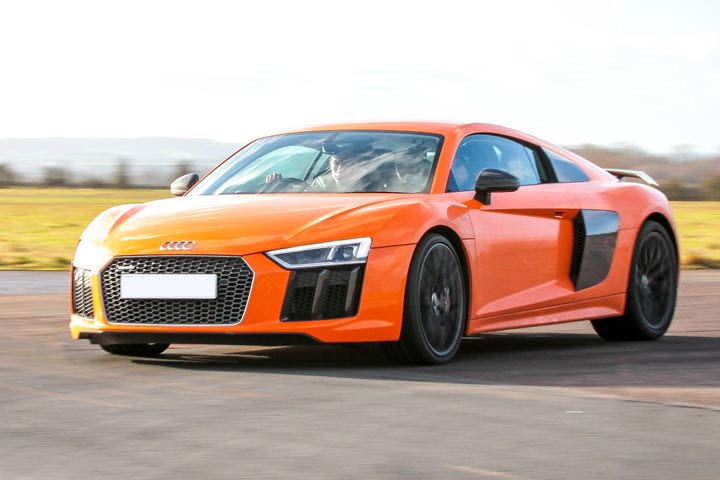 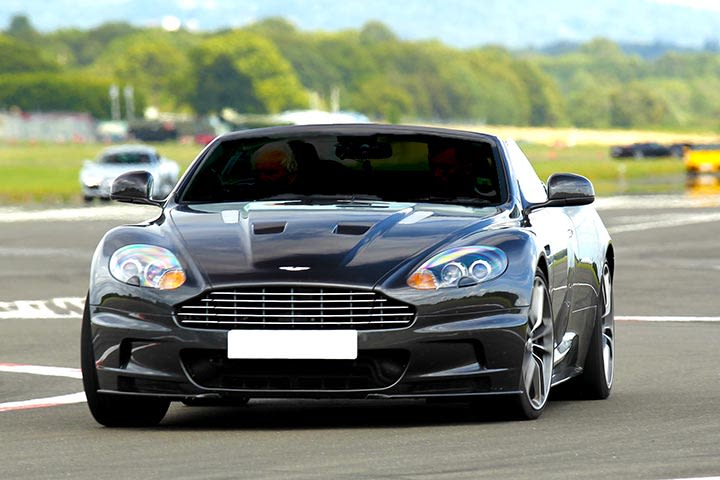 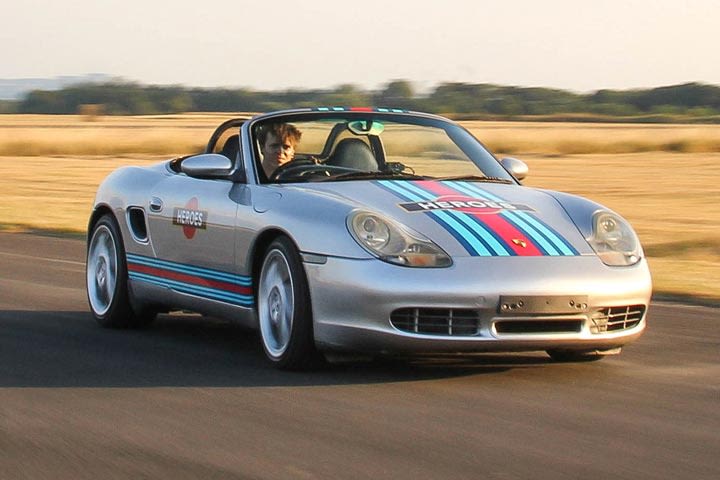 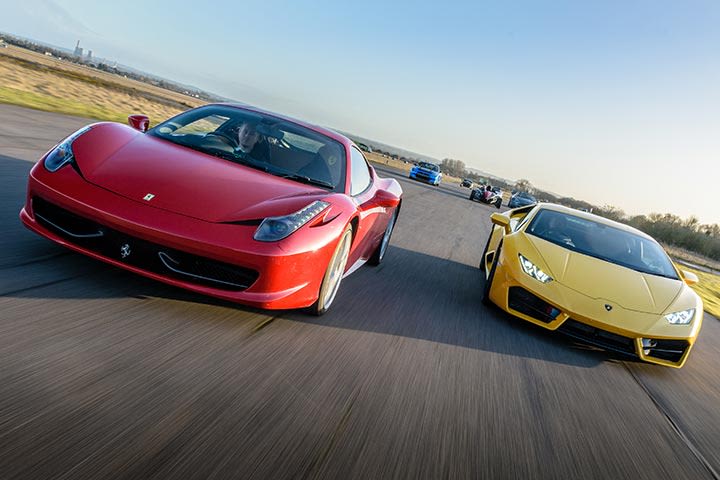 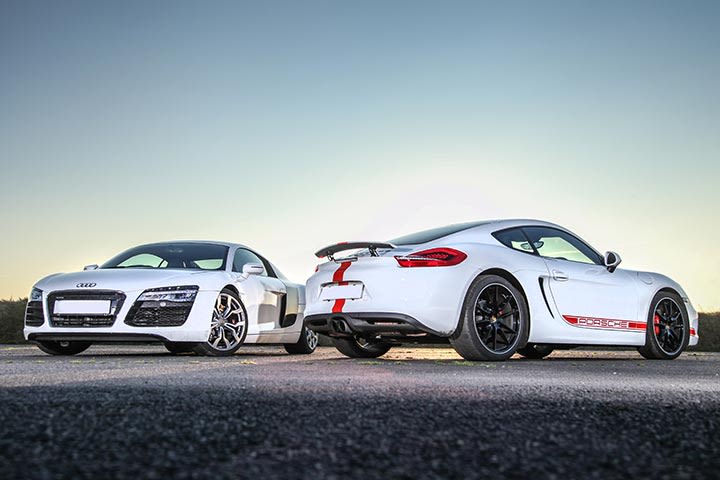 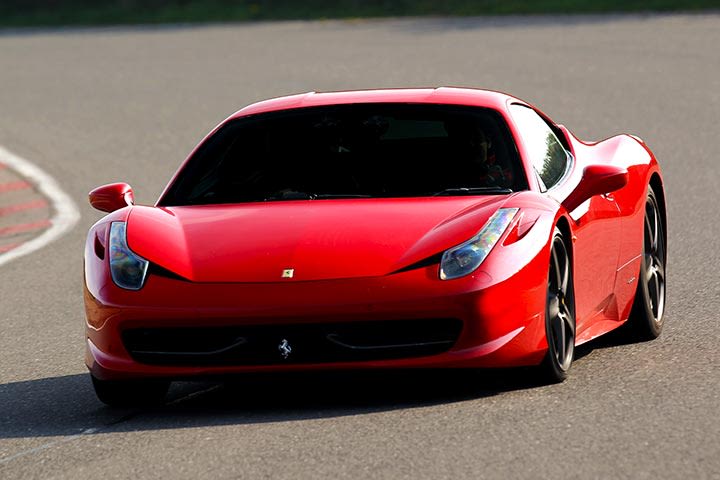 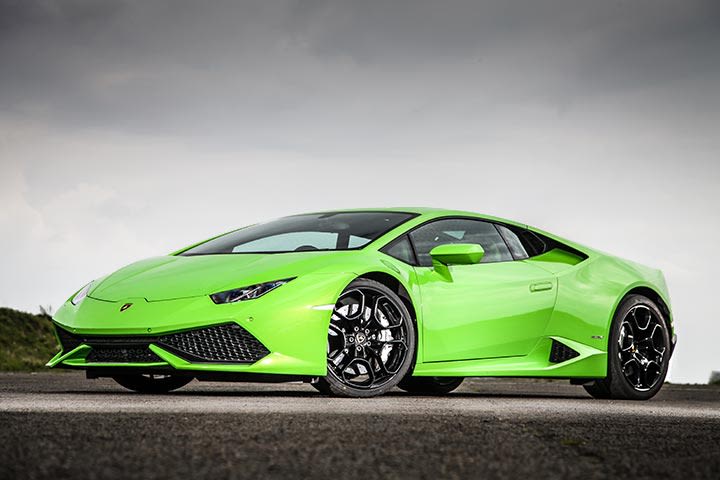 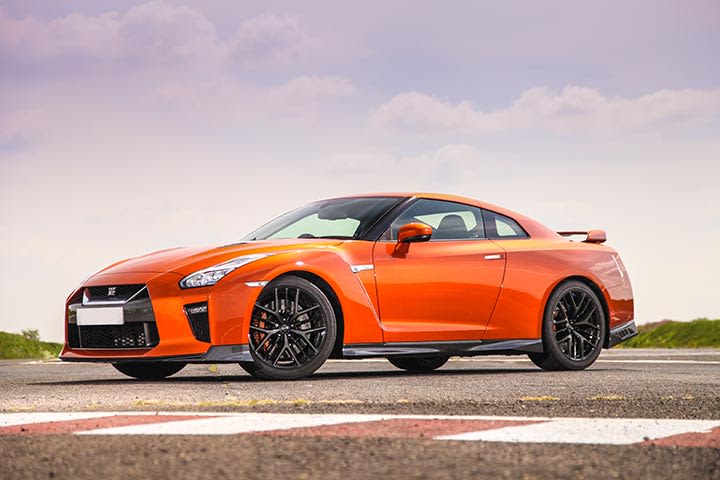 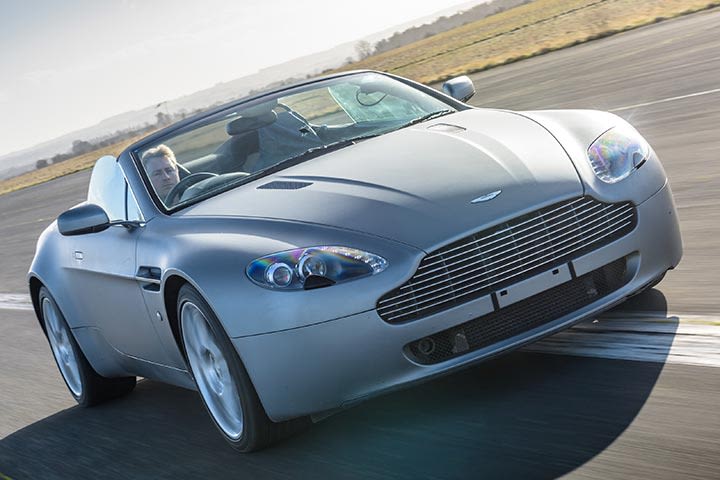 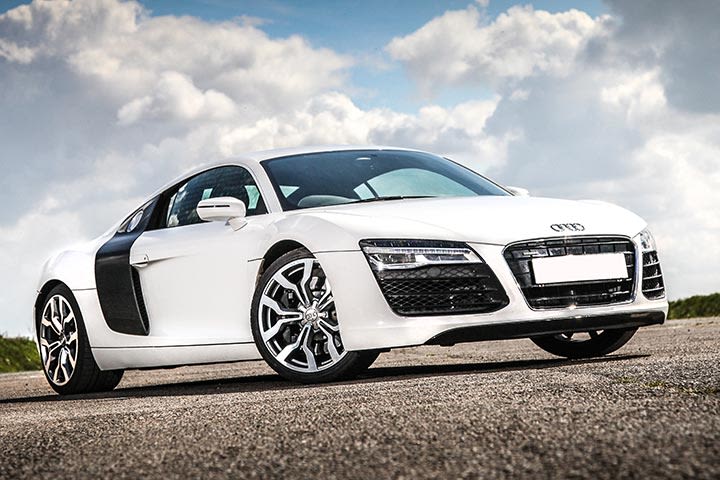 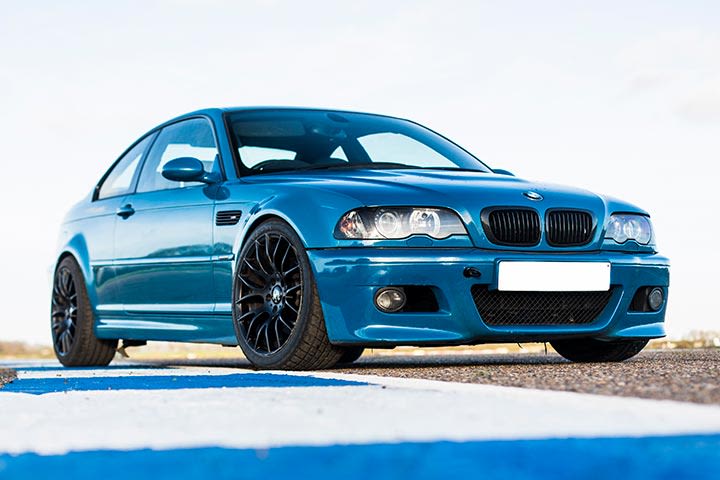 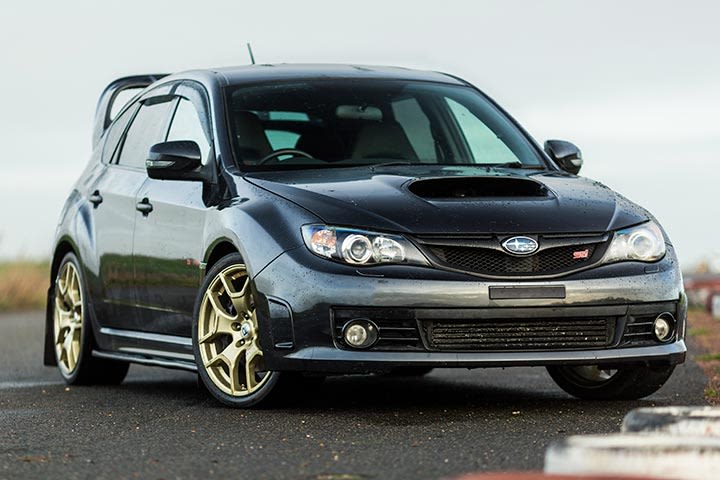 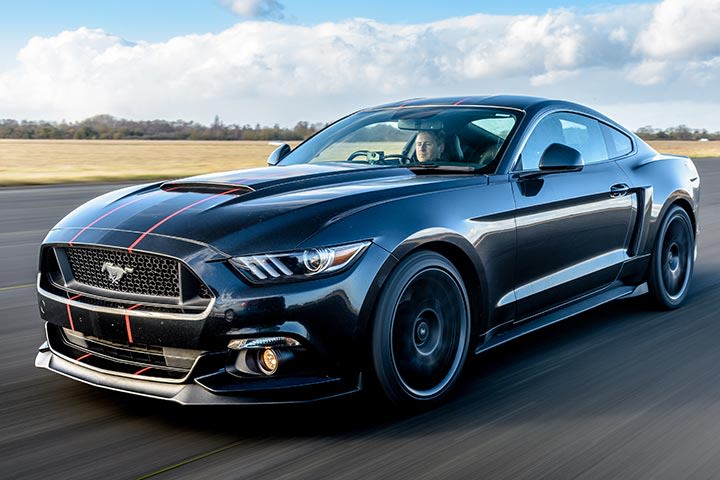 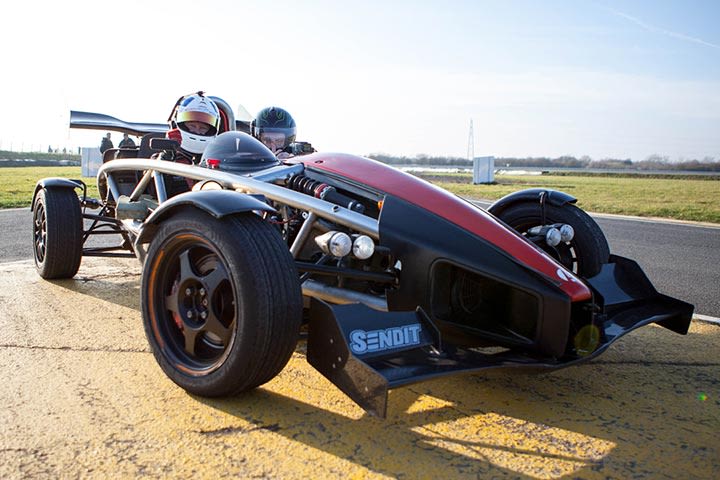 or 6 weekly interest free payments from £19.83 with

Perfect for all petrol-heads, this package lets you drive two of your dream cars from a choice of fantastic supercars and experience a thrilling high speed ride to see how it’s really done.

The choice of cars includes the stunning Ferrari, the powerful Lamborghini, the sleek Aston Martin, the stylish Porsche, gutsy Nissan GTR and the elegant Audi R8. Other amazing cars such as the Jaguar, Bentley Continental GT, Mustang GT and the BMW i8 may be available at certain locations.

This experience is bound to leave you wanting more after getting a taste for the speed of these incredible cars.

After you have registered and received your welcome, you will then be given a briefing from your professional racing instructor. After which, you will get behind the wheel of your first chosen adrenaline-fuelled supercar for 3 miles, which is then followed by another 3 miles in the second chocie of supercar. Your session will finish with a high speed passenger ride in either the Subaru Impreza, BMW M3, Ariel Atom, Mx5 Racer and many more.

The cars available to drive and for the high speed passenger ride will depend on your chosen location.

The person driving the car will be required to sign a disclaimer accepting liability in the event of damage to the vehicle. The driver will be given an option to purchase damage waiver cover when booking to minimise their financial exposure should there be an accident. Drivers are under no obligation to purchase this optional waiver. Full details are available at the time of booking. You may be given the option to upgrade cars or to buy media packages on the day of your event.

This experience is available on selected weekday dates from March to November, weekends are available for a supplement fee payable directly to the experience provider.

This experience will last between 1-2 hours.

You're welcome to bring along family and friends along to watch.

The minimum age is 17 years old.

You must hold a driving licence to take part in this experience.

I took my partner to the Abingdon track on Saturday and what a day he had! Lee originally booked in for the Nissan GTR and paid to upgrade to drive the Dodge Hellcat however when we arrived at the track unfortunately the GTR had broken down. However the Car Chase Heroes staff were very helpful, they apologised for the fault which was obviously wasn’t their fault and offered Lee other available cars that still had time slots available and he needed up choosing the Audi R8.

Once the cars had been re booked we headed over to the briefing where Alan explained all the safety as well as the dos and don’ts on the track and in the car. After that we met Wez the general manager and he took us out in the VW Golf for a sight lap. This was very helpful for any driver who hadn’t been on the track before as he showed us all of the breaking and speed up points and also how to signal faster drivers to overtake you.

Then Lee only had to wait a short while before entering the pit to drive his first car which was the Dodge Hellcat which he found out was a left hand drive which he had never experience before. He said this was a very powerful car, it just took some practice getting used to the gear stick with his right hand. Next, he drove the Audi R8 was a paddle shift automatic car which Lee had driven before and enjoyed, but did say when he changed gears it took a seconds longer for the car to speed up.

Lastly, Lee had a high speed passenger ride in a BMW 3 series and I paid a small fee to join him. I was very scared before getting in the car however the instructor made sure we were all strapped in and made a joke that he had been called many names for driving so fast! It was extremely enjoyable being drifted around the track at a fast speed. I would definitely do this again!

Top Tip
Bring extra pennies with you on the day so you can either buy extra laps, upgrade to any of the premium cars or to have a sight lap around the track.