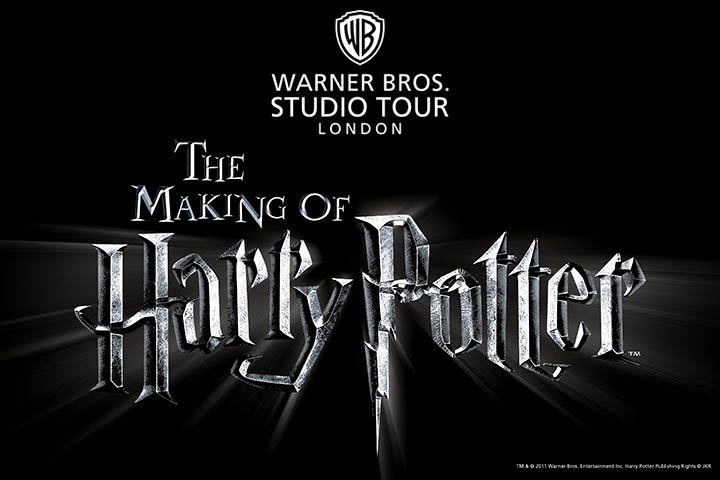 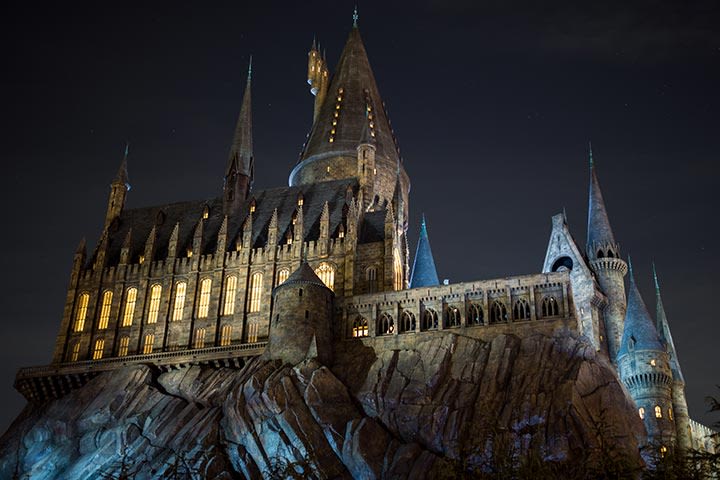 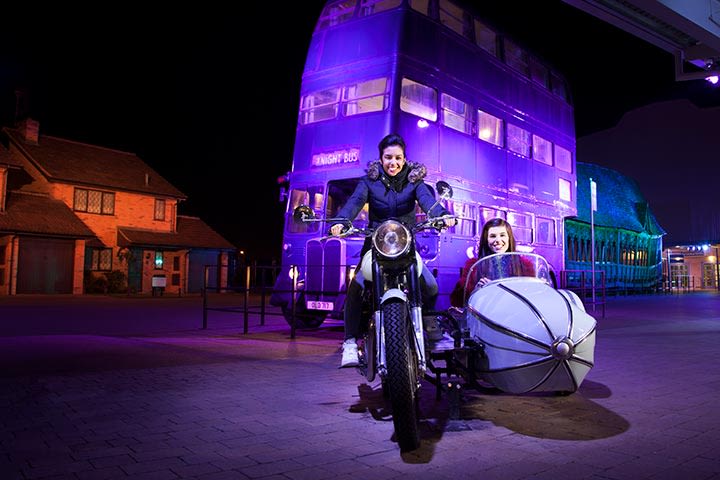 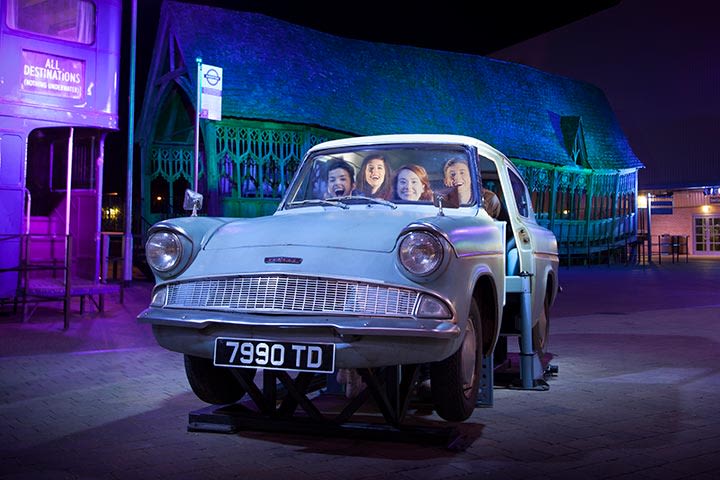 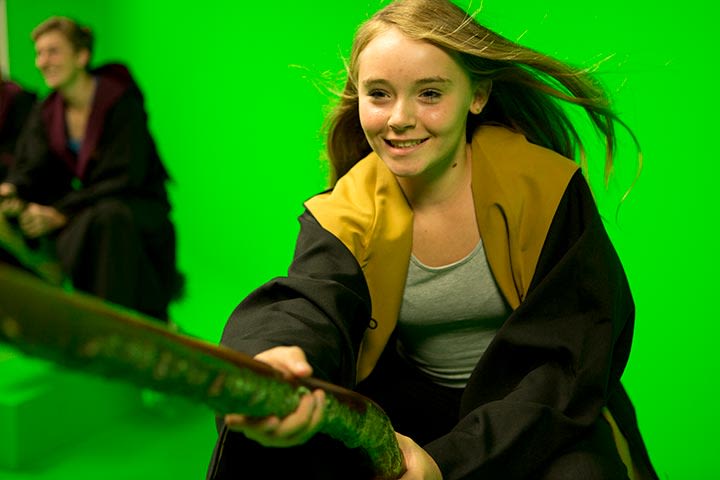 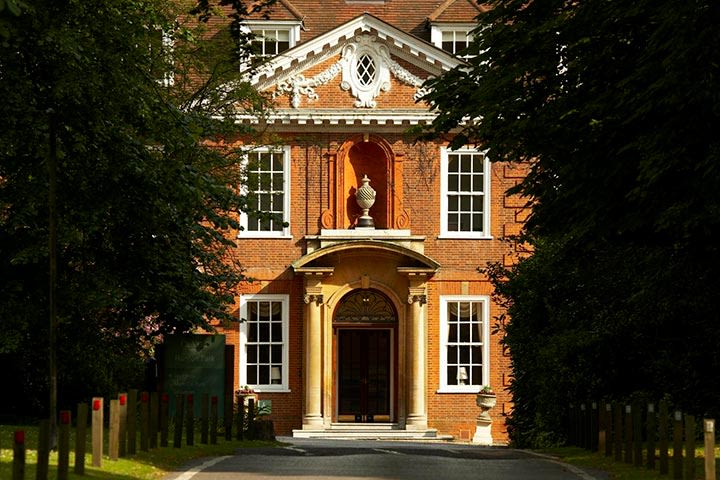 or 6 weekly interest free payments from £23.17 with

Harry Potter fans are sure to be in their element as they embark on a magical journey around the sets where these spell-binding films were made with this ‘The Making of Harry Potter’ Studio Tour with Afternoon Tea for Two gift experience.

Found at Leavesden Studios, North London, prepare to be taken on a magical journey through the truly wondrous world of Harry Potter. You’ll get a sneak peek into the lives of your favourite wizards and witches, walking through the Great Hall at the beginning of this fantastic studio tour.

As you explore, you’ll have the opportunity to pose for a photograph in front of famous sets, such as Number 4 Privet Drive, or tread along the cobbles of Diagon Alley. Sit on the Hogwarts Express where Harry, Ron and Hermione shared many a journey to the famous school of witchcraft and wizardry, or even take a trip to the latest addition to the studio tour, Gringotts Wizarding Bank.

You can also admire some of the beautiful costumes on display, including Hermione’s ball gown from the Yule Ball, as well as an array of props, including the horcruxes, character’s wands and even some chess pieces from the first Harry Potter film.

At the end of the tour, you’ll be treated to a stunning model of the Hogwarts castle and a special surprise at the end. If you want to take a piece of the magic home with you, there’s a souvenir shop bursting with lots of Harry Potter goodies, from wands, costumes, prop replicas, chocolate frogs and plenty more!

On this ultimate behind-the scenes experience you’ll discover some interesting facts, as well as uncovering some secrets along the way about this global phenomenon, so you’re sure in for a truly magical treat!

Also included in this special experience is an afternoon tea at Mercure Hunton Park Hotel. This Queen Anne House is situated just a short drive away from the Warner Brothers Studio Tour. Based in 22 acres of beautifully landscaped gardens, you’ll easily find yourself relaxing in peaceful surroundings whilst savouring your delightful afternoon tea. This will comprise of a selection of delicious sandwiches, scones served with jam and clotted cream, a choice of appetising cakes, which will be accompanied with a splendid pot of tea or coffee. You’re welcome to enjoy afternoon tea either before or after the studio tour part of this experience.

Please note, pre-booking is essential for this experience and your voucher is not your entry ticket.

This experience is available Monday to Sunday, throughout the year.

Please allow at least 2-3 hours for the tour element of the experience.

Unfortunately, this experience is not suitable for spectators.

There is no minimum age for this experience, under 16s must be accompanied by an adult.

Wow, what an experience seeing The Making of Harry Potter! We had previously visited when the studio’s first opened but came back years later to see it was bigger and better than before. It’s not just walking around viewing the sets, you also get to see short films and interactions where the staff get involved and you feel like you’re in the films. It was really good to see behind the scenes and see how much work you don’t realise goes into each little detail such as; building sets, costumes, make up and lots more.
My favourite part was seeing the newest 3 rooms which were Platform 9¾ including the train, the Forbidden Forest which features Aragog the rare giant spider and the newest addition to the studio Gringotts Wizarding Bank which also had the demolished version where the Ukranian Ironbelly dragon is in a short 3D film in the background breathing fire and has smoke effect to show the room was burning.
Shortly after our tour, we travelled a short 10 minutes’ drive to Mercure Hunton Park Hotel where we had our afternoon tea. The welcoming staff asked if we would like to sit in or outside and as it was a warm day we decided outside so we could see the view of their big gardens and fountains. We were then seated in the bar area whilst we waited for our table and food to be prepared. Once we arrived at our table we were treated to refreshments such tea, coffee or fizzy drinks a variety of mini sandwiches and rolls, along with fresh scones, clotted cream and jam, also not forgetting a selection of mini dessert cakes, which were all fresh and delicious! Overall, I and my partner had a great time and we will be returning very soon.

Top Tip
Print E-Ticket confirmations and make sure you have a camera at the ready!

The Making of Harry Potter Studio Tour with Lunch for Two

Visit to the ArcelorMittal Orbit and Afternoon Tea for Two

Entrance to Blenheim Palace and Afternoon Tea for Two