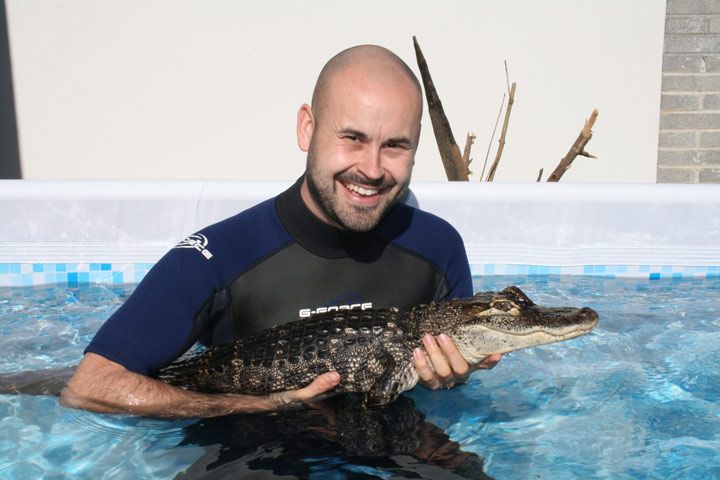 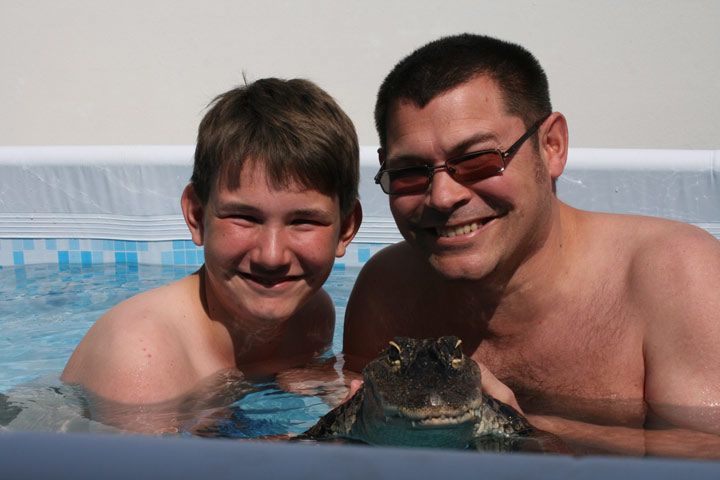 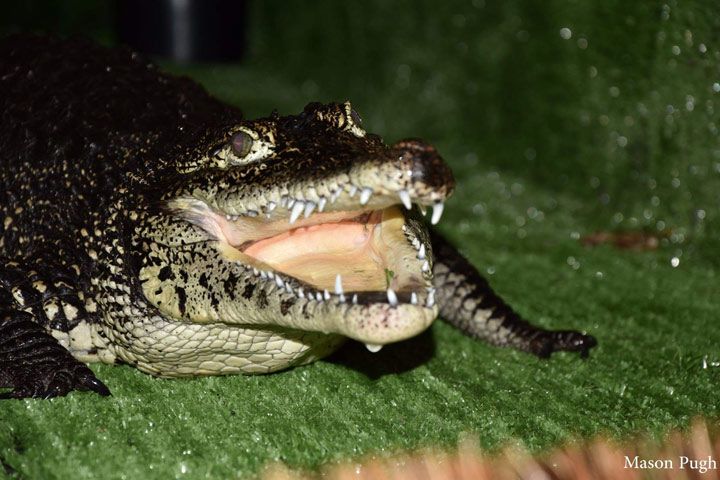 or 6 weekly interest free payments from £16.50 with

This is your chance to experience an amazing hour where you will have the chance to swim with prehistoric creatures.

Upon arrival you will have a meet and greet with the reptile handlers and be given a brief over view of what to expect in the experience. You'll then get changed and be introduced to the crocs where you will swim amongst them for 30 minutes. There will be plenty of photo opportunities and you’ll receive a souvenir photograph of you and the croc to take home as a keepsake.

After your experience, you’ll have the chance to look at some of the other reptiles including some of their deadly venomous snakes.

This experience is available Monday to Saturday, April to October.

This experience will last approximately 1 hour.

The minimum age for this experience is 5 years old.

We would advise you to take a buoyancy aid if you feel it is necessary.

What a Fantastic Day!
My daughter and I travelled down to Crocs R Us to experience swimming with these prehistoric creatures and what a fantastic afternoon we had.

When we arrived we were greeted by a couple of the friendly staff members who showed us over to the reptiles, to meet and greet some of their charming characters. We were able to hold a few of the Gecko’s which my daughter loved and found hilarious as one particular Gecko climbed up her arms, shoulders and then proceeded to perch itself on to her head.

My daughter then got to hold a rather scary, scaly snake, who coiled themselves round her wrist like a bracelet. Needless to say she actually found this rather cute and soon its reputation of being a cold blooded killer was quickly demolished.

Next up was the main event.. Swimming with the crocodiles and alligators. Were we a little scared? Absolutely, however the adrenaline was kicking in and the excitement immediately took over.
After a quick change in to our swimwear we were met at the pool by an experienced reptile trainer who gave us a briefing of how to hold the crocodiles and what to do in the event of one of them being on the lively side, although we were assured this would not be the case.

In the pool we were joined by Smee the Crocodile, Gidget and Tinkerbell the Aligators… Yes they are all named after Peter Pan characters which I found rather sweet. We got to hold them all in the pool and watch them swim past us quite contently. On the outside they looked like rather fierce characters, however we found them to be quite placid and chilled reptiles.
After a quick change we went on to see the venomous snakes (who we were not allowed to hold) and some of the more ferocious Crocodiles who we were not allowed to swim with called Wendy, Tick Tock and Ali G and it was quite evident the reason behind this was the sheer size of them, you would not want to be swimming alongside them any time soon!!

We both left with huge smiles on our faces and this will be a fantastic memory we will treasure for years to come. I would highly recommend this experience to any animal lovers or if you are looking to do something slightly different.

SEA LIFE London and Lunch at Planet Hollywood for Two

Meet the Meerkats for Two