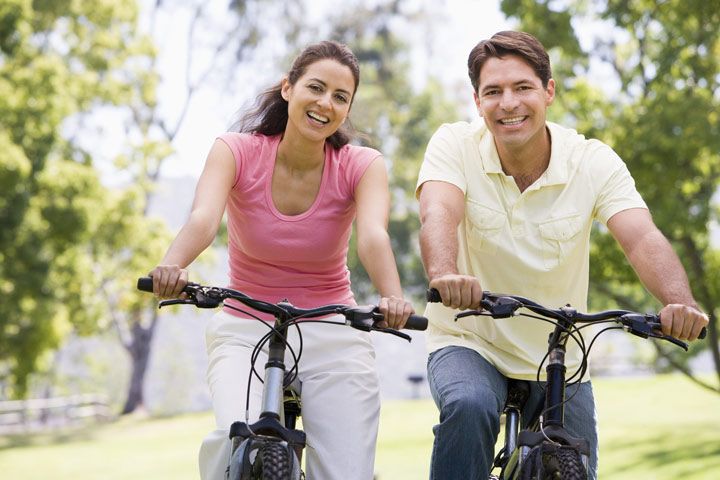 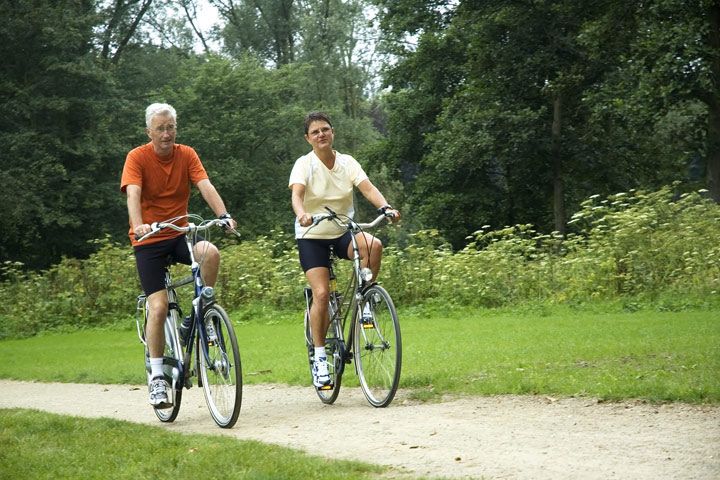 Hampton Court Palace is the magnificent home of Henry VIII. Located on the banks of the River Thames, the palace provides the perfect destination for an easy going vintage bike ride. Each bike comes with a bell and optional basket which is perfect for resting your coat or keeping your camera close to hand. All of the bikes are single gear, highlighting just how flat and relaxing the routes are. Suitable for any shape or size, they have a comfy leather saddle and leather handlebars for a smooth ride and easy cruising.

The tour starts at Hampton Court train station, with a short walk to jump aboard their vintage-style bikes. The route is a flat 8 miles in total and passes through Royal Parks and the historic grounds of Hampton Court Palace with plenty of time to take photos and enjoy the sights. You will explore the ancient hunting grounds of Henry VIII and reveal the secret WW2 and Cold War history of the area before pausing at a pub, where refreshments are available to purchase.

After returning to the palace along the river Thames, you can leave the bikes and enjoy the rest of the day at your leisure. Explore the famous Palace & Gardens or return directly to London. In season and dependent on tide times, it is possible to take the boat back to either Richmond or Westminster.

This experience is available Wednesday, Friday and Sunday, March to October.

This experience will last approximately 3 hours.

This experience is for two people. There will be a maximum of 12 other people on the day.

Unfortunately this experience is not suitable for spectators.

The minimum age for this experience is 18 years old.

You will need to be able to ride a bike confidently over 8 miles.

We decided to take part in the Hampton Court bike tour during the August bank holiday. The weather was perfect for biking around the grounds, sunny and hot with a gentle breeze coming from river Thames which runs alongside the palace.
The meeting point for the tour was Hampton Court train station which is a cute little station, located next to the palace. Once your group have all arrived it is time to set off and collect your bikes. The tour started behind a pub over the bridge called the Prince of Wales. Each bike had its own royal name ranging from Anne to Henry. The bikes were vintage and had a spacious basket for you to pop your belongings in. Within our group there were 8 people which is the average sized group for the tour. Here is where our guide introduced herself and allowed us to test out the bike, all seats are adjustable to suit your needs.
Hampton Court is located on the edge of Richmond upon Thames due to the fabulous weather the streets were buzzing with people coming to visit the palace. The guide advised us it would be better to walk our bikes over to the palace instead of biking due the busy streets and narrow bridge. As soon as we reached the palace grounds, our guide informed us of where we going during the tour – through the gardens, along Chestnut Avenue, through the parks which were Henry VIII’s hunting grounds to the pub for a nice refreshment and back along the palace grounds via a bike trail next to the Thames.
Our guide led the tour and everyone could go at their own pace, she would stop at different places and wait for everyone to arrive before telling us stories and the history of Hampton court. The ground was flat and easy to bike around however the bikes do take a little getting used too.
The pub is called the White Hart which has a lovely beer garden full of flowers and live music which made for a perfect pit stop. Everyone had time to enjoy the scenery and a much needed drink before setting off back to Hampton Court whilst riding along the river Thames. The tour ended at the palace where the guide told us about Henry and his many wives. After which you were welcome to spend the day in the grounds or exploring the facilities around you.

Top Tip
Ensure you arrive at the meeting point 15 minutes before the tour start time.