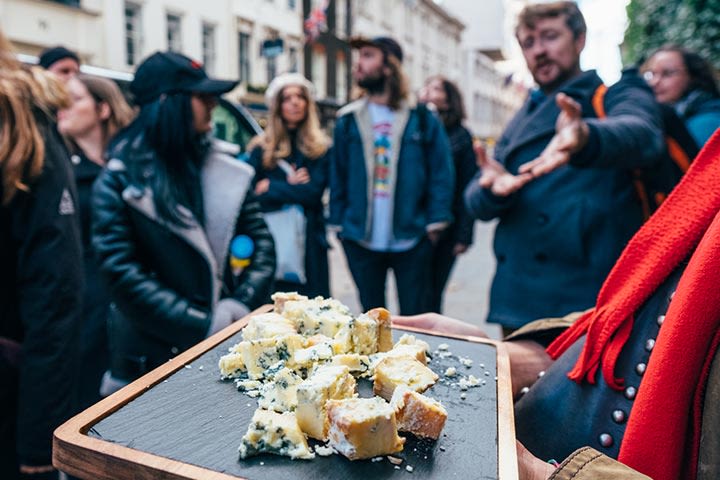 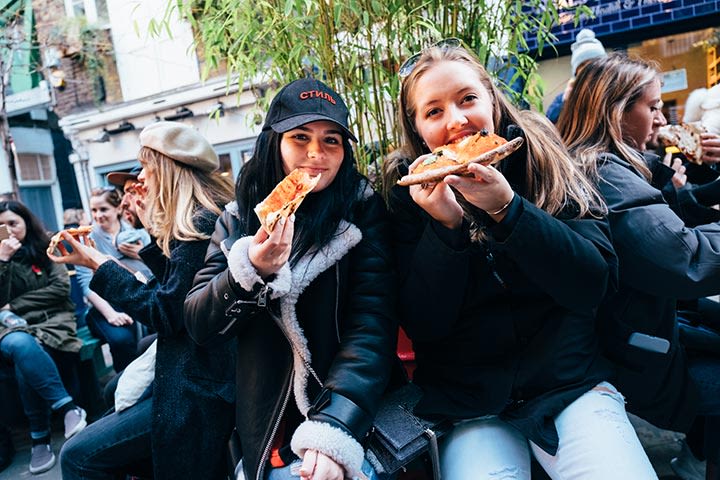 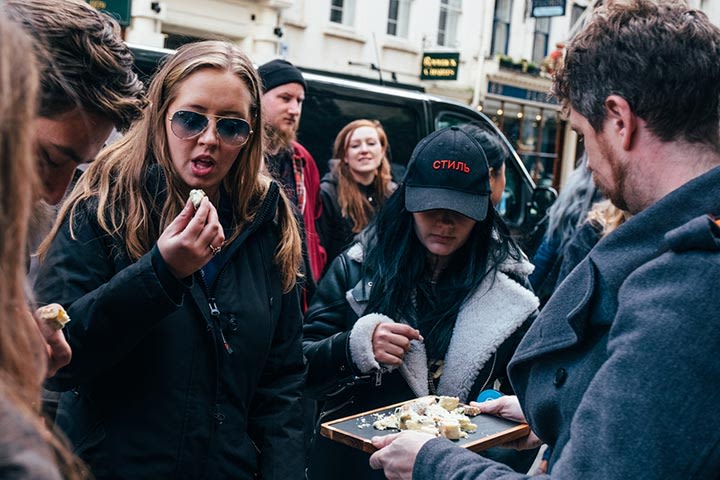 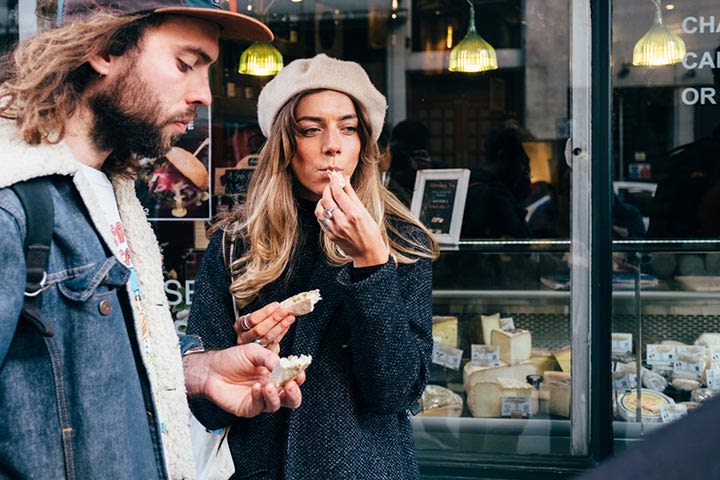 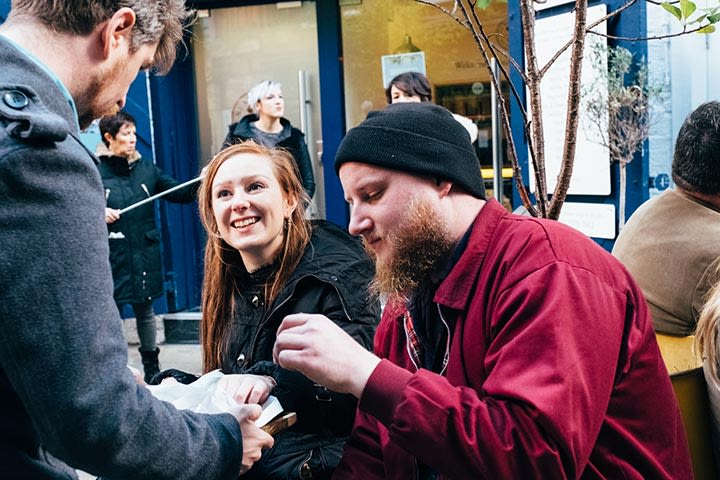 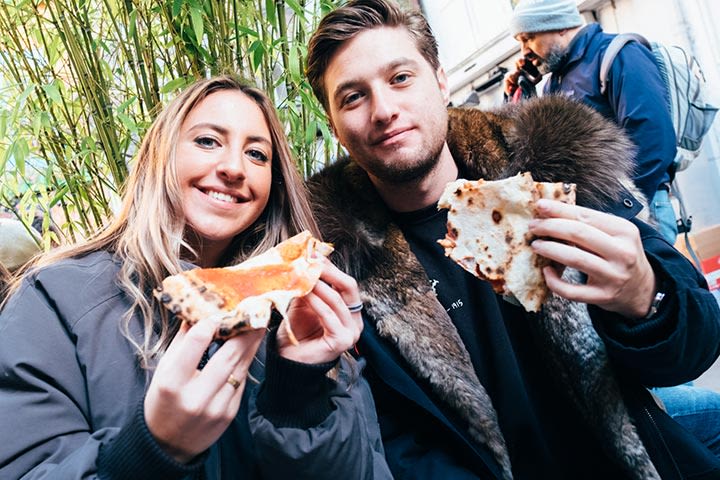 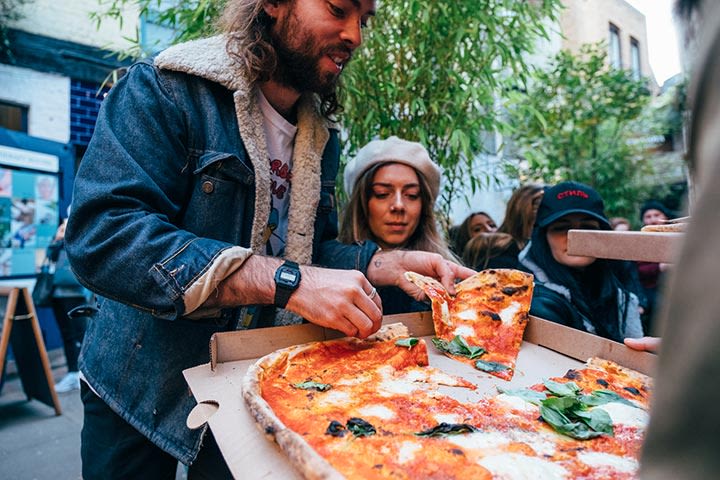 Fans of fromage won’t want to miss the chance to discover London’s cheesiest highlights for two palate-provoking hours. You and your fellow cheese enthusiasts will be guided around one of the planet’s most renowned cities when it comes to good food, stopping off at cheese counters, restaurants, a pizzeria and even a department store, discovering many delicious varieties of cheese along the way. Whether your passion for cheese is mild or mature, you’re sure to leave the Cheese Crawl with your cheese fix truly satisfied and maybe a new found favourite. May the best cheese win!

Not only will you get to explore London in a unique way, you’ll get to enjoy some of the finest cheese known to man whilst at it. You’ll also get a couple of glasses of bubbles and test your cheese knowledge with an interactive quiz as you wander.

So where are you going to go? You’ll kick things off in Mayfair, sampling some blue cheese from Fortnum & Mason at a counter that’s been serving the good stuff for more than 300 years. You’ll then make your way to Soho for Prosecco cheese at Lina Stores, sample some very moreish grilled cheese, dig into a stone-baked margherita at pizza dons Homeslice, before hitting Prosecco and Fromage for… you guessed it, fizz and fromage!

This experience is available on selected Saturday dates at 12pm subject to availability, throughout the year.

The tour will last 2 hours.

The minimum age is 18 years old.

The tour started in Mayfair where we were taken to Fortnum and Mason where we were treated to 2 different types of cheese, one of which was an amazing double truffle Gloucester cheese! I didn’t think I liked Gloucester until that day.
We were then taken to an elite cheesemongers called Paxton and Whitfield, probably one of the oldest cheese vendors in the business. We tried some fantastic blue cheese!
We moved on to Lina Stores where we tried cheese which has been soaked and matured in red wine and also we also tried a prosecco one. I hadn’t tried cheese like that before.
After this, we had a little sit down outside and ate a slice of margarita pizza at an adorable pizzeria not too far from Lina Stores. Once we had finished sitting down the tour guide brought over some goats’ cheese for us too!

Top Tip
As there are so many different types of cheese to try I recommend not to eat beforehand.
I also recommend wearing comfortable shoes as you will be walking around London to all the best places to try cheese.

Cocktails and Nibbles at Map Maison